HIGHLANDS’ business, Hot Rock Dining International, has been recognised by winning a major award at the Premier’s NSW Export Awards.

“(They) began exporting in 2005 and its biggest market is the United States.”

This is the second time Hot Rock has been recognised at the awards after it was given a NSW Export Scholarship last year.

“It helps us to stay in touch with what to achieve in exporting.”

Ms Hilder said the company had received valuable information and assistance from Australia and the Australian Institute of Export.
Hot Rock Dining has around 250 outlets using their stone cooking system in Australia, and about 350 overseas.

“We have had some excellent help from David Sandor and Paul Sealey at Able Engineering in Braemar in refining our ovens,” Mr Hilder said.

“When we go overseas we are proud to say it is Australian made.”

Hot Rock Dining has been in restaurants since 2000, however, they have recently developed a domestic use Hot Rock System, which will be available in Australia before the end of the year. 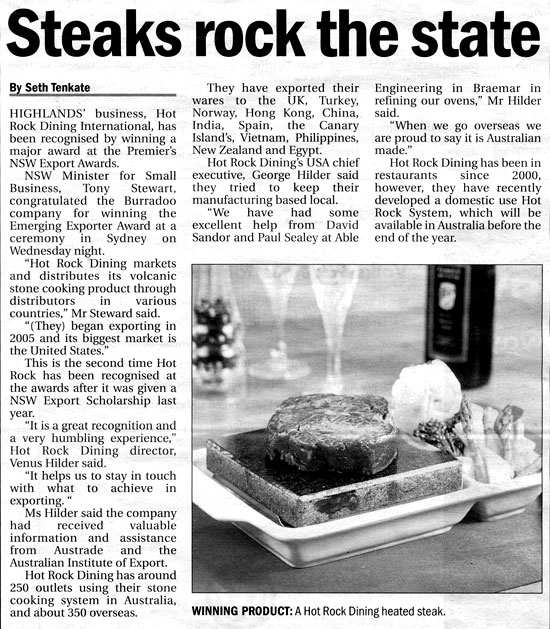 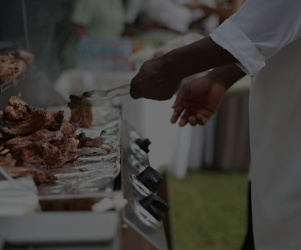 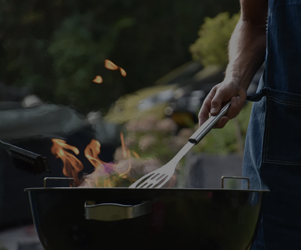 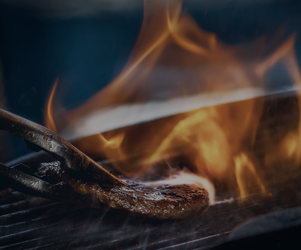 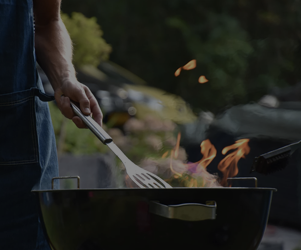